He began his career as a co-op engineer at Rochester Gas and Electric on their Nuclear Engineering Services team, supporting RE Ginna nuclear station. He began working for Air Products and Chemicals in 1993 as an operations technician and then as an instrument and controls (I&C) and electrical technician at a combined cycle cogeneration facility in central Florida. Joe joined General Electric Power Systems in 1999 as a product service engineer in their energy services division and then progressed to a Six Sigma Black Belt supporting their global O&M services group.

Joe joined Southern Company in 2002 as an I&C team leader at Plant Stanton. He progressed through several O&M positions at Plant DeSoto, the Orlando Integrated Gasification Combined Cycle (IGCC) project and Plant Oleander. In 2008, Joe was named plant manager of Southern Power’s Florida assets and remained in that role until moving to Engineering and Construction Services (E&CS) in 2011.

As part of the E&CS – Technical Services group, Joe managed fleet strategy and performance, then moved into the role of general manager of New Generation Projects in February 2012. In January 2013, he was assigned to the Kemper IGCC startup team, where he held positions as startup operations manager, general manager of startup and project director of startup. Joe holds a bachelor’s degree in electrical engineering technology from the University of Central Florida and a Master of Business Administration from Saint Leo University in Tampa, Fla. Joe is married to Stephanie and they have identical twin sons, Eston and Dayne.
Speaking At
Defining Moments 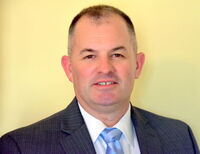